Secure your spot and get started today with our EXCLUSIVE offer!

By opting into the web form above you are providing consent for Castle Hills Taekwondo America to send you periodic text messages. Standard rates may apply. You can reply HELP at anytime or learn more. You may opt-out anytime by replying STOP.

My son started going here about 2 months ago, he has never wanted to take part in any sport before any absolutely loves it. Every afternoon when I pick him up from school he asks to go to class. We have seen a huge change in his attitude at home and the respect he shows to others.

The Andersons have created the PERFECT environment for children to learn focus, respect, individual responsibility and tenacity. The teaching style of this school is incredibly fun and effective. My kids are thriving and excited to learn martial arts thanks to CHTA. I highly recommend checking them out. Very impressive in all aspects.

As a single dad, I wanted to get my kids involved in something they would grow and learn in. CHTKD really understood the circumstances and worked with me and now both my kids are flourishing in something they love.
-Joel 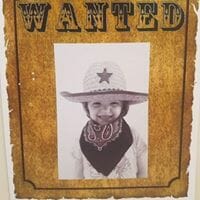 I can't imagine a better place than Castle Hills Taekwondo to train martial arts. My 5 year old son and I both attend classes there several times per week. My son's confidence, discipline, and maturity have grown tremendously under Mr. Anderson's guidance. The adult class is a great place to share some laughs while getting in a tremendous workout. Mr. Anderson and Mrs. Anderson are both wonderful people that are willing to help in any way that they can and want the best for their students. 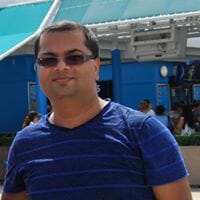 Rohan was not interested in anything until we got the flyer to attend a trial.That changed everything and I believe the destination is going to be far beyond black belt. Love the way its been taught while having fun here. Keep up the good work Mr Anderson and team. 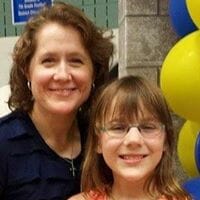 My son started taking taekwondo lessons just when school started last year. The teachers mentioned at the November Parent-Teacher conference that they have seen a HUGE improvement in my son's focus , decreased hyperactivity and classroom etiquette in just 2 1/2 months. I told them he was participating in taekwondo. They could tell it was helping him. He finished the school year with all A's and B's, not a single C like in the past years. Thank you, Mr. & Mrs. Anderson!! You rock!!

Request information today to learn more about our programs!

“What is he even doing?!”
“She needs to hit harder.”
“He needs to be more aggressive.”
“Whoa, seriously, her push-ups need work.”
“I swear the only time he tries in class is dodgeball.”

We hear it from parents all the time… for their kids to be better. To try harder. Pay more attention. Focus! As a parent and instructor, i struggle with this all. The. Time.

I want 100% effort, 100% focus, 100% of the time. Always be doing your best. Anything else is disrespectful to all the people who are helping you reach your goals.

When I saw Austin just laying (or is it lying) around during stripe testing I almost lost it. But then I watched her for a moment and had a realization… she’s 5.

Her day started before sunrise. She spent the whole day at school. She went straight home from the pick-up line to get ready for Taekwondo. She ate her snack in the car on the way to class. During class she was courteous, attentive, focused, and worked hard the whole time. And now, after class, she was laying (lying?) quietly waiting for her turn to test for her stripe.

As a parent, as an instructor, I needed to realize that at that moment, after the day she’s had, this was her best.